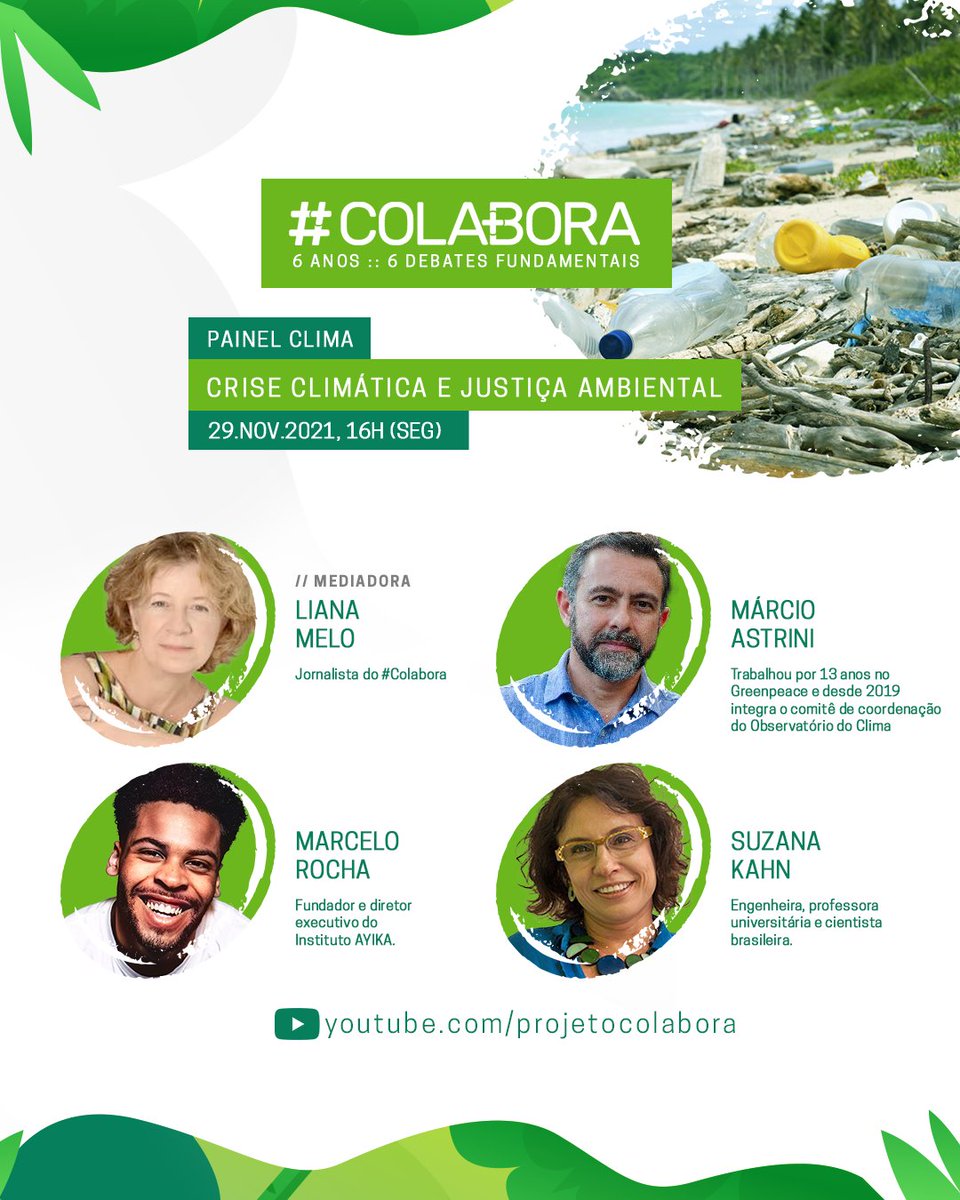 According to Brazil's @inpe_mct, ~13k km2 of rainforest have been lost in 2020-2021 as a consequence of the increasing rate of #deforestation

Brazil can limit emissions to 1 billion tons – and profit

BONN, SEPTEMBER 2, 2015 – Today the Brazilian Climate Observatory (Observatório do Clima, OC), a network of 37 civil society organizations, launched a proposal to the Brazilian government demonstrating how the nation can limit its annual greenhouse-gas emissions to 1 billion tons by 2030.

Brazil, the world’s seventh greenhouse-gas emitter, has yet to submit its climate plan (INDC) ahead of the Paris conference. President Dilma Rousseff has given a positive political signal in August by committing to a decarbonisation of global economy by the end of this century.

“The President’s commitment is an encouraging signal, but we do believe decarbonization should be reached much earlier”, said Viviane Romeiro, climate policy associate at WRI Brazil. The Climate Observatory’s INDC – the first full-fledged INDC ever proposed by civil society – shows how Brazil can do its fair share, reversing its current emissions trajectory, and creating jobs and economic opportunities in the process.

A team of experts from OC member organizations has studied Brazil’s emissions curve and indicated policies and measures that can enable the South American country to reach a fair and ambitious 1 gigaton target by cutting emissions in three key economic sectors: agriculture, land-use change and energy. Together, those measures can effect a 35% reduction in greenhouse-gas emissions from 2010 levels (1.545 GtCO2e, not including forests in indigenous lands and protected areas). 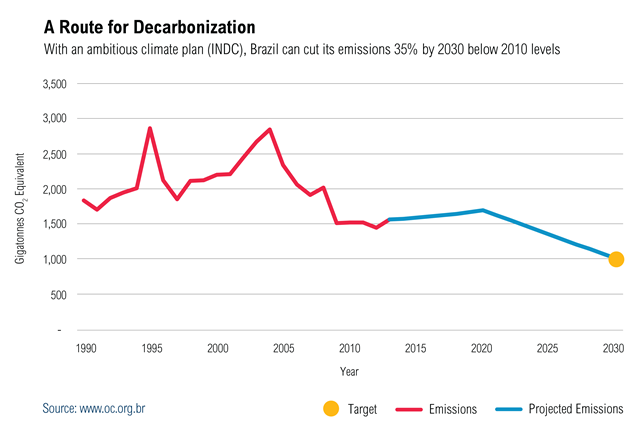 Among those measures are ending deforestation by 2030, in line with the provisions of the New York Declaration on Forests; restoring at least 14 million hectares of native forests; increasing the share of non-hydro renewables in power generation from 12 percent to 40 percent; vastly expanding the use of biofuels, reaching 80 billion liters of ethanol production; and restoring 18 million hectares of degrades pastureland. All measures proposed would scale up technologies that are already well disseminated in Brazil, or boost sectors in which Brazil has competitive advantages.

“We have a high degree of confidence that the target we are proposing reflects Brazil’s fair contribution to global efforts, it’s scientifically necessary and economically feasible”, sair Mark Lutes, senior global climate policy advisor at WWF.

According to Romeiro, the proposal also sends a message for civil society in developed countries – those who have more responsibility for the current climate crisis and more capability to address it: “Civil society should provide the basis for what would be the ideal INDC for their countries. Several parties have already submitted their INDCs, but we know the ambition is still not enough to reach the global goal as per scientific recommendation.”