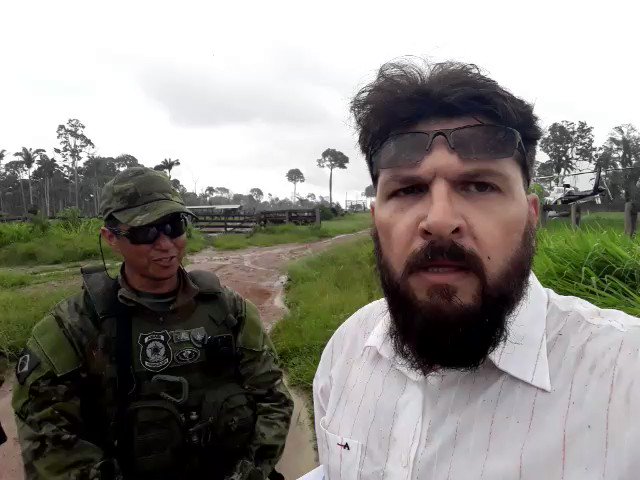 New report reviews the 3rd year of environmental havoc under Jair Bolsonaro and shows that what is missing is not money, but the will to fight deforestation

It was not for lack of resources for environmental enforcement that the Brazilian government let deforestation rise in the Amazon for the third year in a row in 2021. A report by the Climate Observatory (Observatório do Clima) published today shows that Ibama, Brazil’s federal environmental agency had at its disposal last year R$ 219 million (US$ 42 million), but only verified (spent) 41% of that amount, or R$ 88 million. In the governments before Bolsonaro, Ibama used to verify between 86% and 92% of the resources for inspection.

Since the verification reflects actual work done, the low number shows that the government did not take advantage of the extra funds for inspection it obtained from Congress in 2021 to expand the number of field inspection operations. Most of the resources shall only be spent in 2022.

The report is part of a series that OC has been publishing since 2019 on the state of environmental policy in Brazil under the Bolsonaro regime. Based on public data about Ibama’s budget, fines, and embargoes, the document concludes that, last year, there was no lack of resources to inspect environmental crimes; there was a lack of will.

The number of infraction notices drawn for crimes against the flora (deforestation), once again, was the lowest in two decades in 2021 – 40% below the average of the decade before the current government. The number of property embargoes fell 70% compared to 2018. Embargoes are one of the most efficient instruments against deforestation, since embargoed areas cannot sell meat or soybeans, nor take credit in public banks.

Bolsonaro himself has already boasted last month that his government has reduced “by 80% (sic) the number of fines (sic),” making it clear to those who still had doubts that the dismantling of environmental enforcement is done by design, not accident.

Unfortunately for Bolsonaro, nobody has any doubts anymore. The OC report shows how the implosion of Brazilian environmental governance, whose epitome was the expression “pushing the whole lot through”, by former minister Ricardo Salles, reverted in 2021 into the broad discredit of the Bolsonaro regime over this agenda – both at home and abroad.

International agreements are frozen, investors perceive Brazil as a liability, European retailers boycott Brazilian products, and the official Brazilian representation at COP26, the climate conference in Glasgow, was sidelined. The interruption of the negotiations between the USA and Brazil for a financial agreement on forests in April, after 15 American senators expressed their opposition in a letter to Joe Biden, was a powerful signal of discredit. Europe is now discussing legislation to ban commodities produced in deforested areas – and it will be the buyers who will certify the origin of the product, no longer the Brazilian government.

The report also lists the threats that still hang over the environment in the dying months of the Bolsonaro government. After the election of Arthur Lira as Speaker of the House, environmental de-regulation shifted gears in Congress: a string of bills aims to further weaken – irreversibly – the socio-environmental rights in the country. Three of them, the amnesty to land grabbing, the virtual extinction of environmental licensing, and the weakening of pesticide controls have already passed the House and may be tabled at any moment in the Senate, starting this month. Other projects of the so-called “death combo”, among them one that liberates hunting of wild animals and two that destroy indigenous rights, are under analysis in the House.

At the end of last year, the environment has already suffered three important legislative defeats: the municipalization of the urban permanent preservation areas, which are no longer regulated by the Forest Code; the incentive to mineral coal until 2040; and the privatization of Eletrobras, which will add 8.5 gigawatts of new natural gas in the Brazilian energy mix. The immense mobilization of civil society prevented further damage from other bills.

“This report shows with numbers, as if this still needed confirmation, that Bolsonaro has fulfilled his campaign promise to destroy environmental governance in the country, and the bill is starting to arrive for all of society,” says Suely Araújo, senior public policy specialist at OC and a coauthor of the document. “The coming months will be especially dangerous, because parliamentarians allied to Bolsonaro will try to crown the dismantling by promoting legislative changes, which are irreversible. Brazilian society and Brazil’s international partners need to be very vigilant.”

About the Observatório do Clima – Founded in 2002, it is the main Brazilian civil society network on the climate agenda, with 70 member organizations, including environmental NGOs, research institutes and social movements. Its goal is to help build a decarbonized, egalitarian, prosperous and sustainable Brazil, in the fight against the climate crisis. Since 2013 the OC has published the SEEG, the annual estimate of Brazil’s greenhouse gas emissions.

Solange A. Barreira – Observatório do Clima